Some of the significant changes made in ITR Forms are discussed below:

Changes can be seen in the below image: 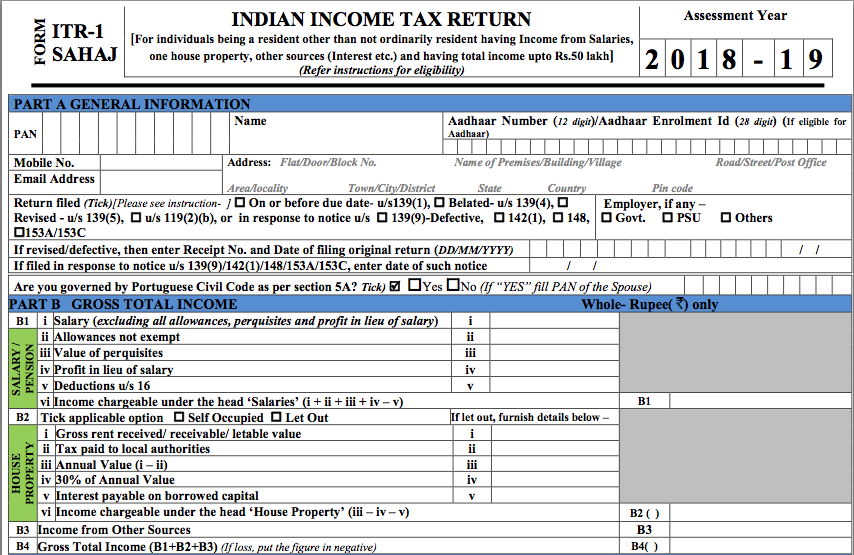 2. Schedule-IF i.e. Income from firm and Schedule Business Profession (BP) has been removed. Therefore, anyone having income from partnership firm has to file ITR-3 and not ITR-2 from the financial year 2017-18.

3. Same as ITR -1, even in ITR-2, under the Schedule on TDS, an additional field has been added for furnishing details of TDS as per Form 26QC for TDS made on rent. Also, PAN of tenant is also required in certain cases.

4. Field of “Profits & Gains from Business or Profession” which was earlier covered under Part B – TI has now removed.

5. In Schedule AL, the field of “Interest in the assets of a firm or association of persons as a partner or member thereof” has been removed.

1. From AY 2018-19, This ITR has been specifically prescribed for individuals and HUF having “Income from Profits and Gains from Business or Profession”.

2. Fields under Schedule PL have been modified to include GST (Goods & Service Tax) related details;

3. Rate of Depreciation has been limited to a maximum of 40% in all depreciation related schedules.

4. Under General Information, field of Section 115H has been added which relates to benefit being availed under certain cases even after the taxpayer becomes a resident.

1. The new ITR forms make it mandatory for small businesses and those paying tax under the government's presumptive taxation scheme to report their goods and services tax identification number (GSTIN) and turnover reported under the new tax regime. This is simply an attempt to check tax evasion among such entities.

2. Further, new fields have been added under financial particulars of the business where now an assessee has to declare the following additional information.

You can see the changes in the image below: 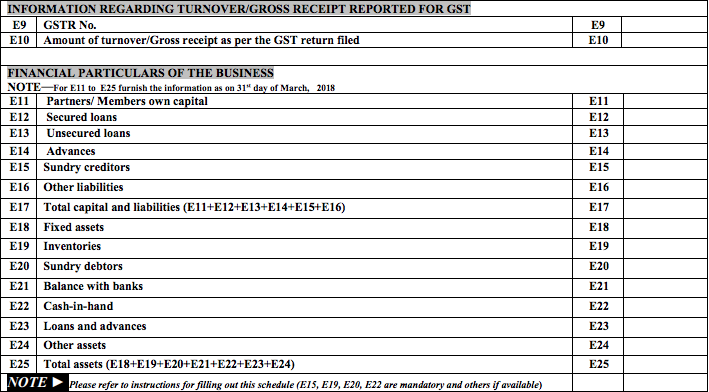 Applicable to all ITR Forms

1. With effect from AY 2018-19, a new section 234F will come into play, under which the penalty for ITRs furnished on or before December 31 is Rs 5,000, but double that amount for later filings. However, penalty shall not exceed Rs. 1,000 if the total income of an assessee does not exceed Rs 5 lakh. There is a field specifically to furnish details of fee payable under Section 234F in the income tax returns.

3. All ITR form have to be filed electronically with just two exceptions. Very senior citizens (at least 80 years old in the previous year) and individuals/HUFs with income under Rs 5 lakh and no refund claims filing the ITR Form-1 (Sahaj) or ITR-4 (Sugam) can opt for the paper format.

Did you find it helpful? Yes No

Send feedback
Sorry we couldn't be helpful. Help us improve this article with your feedback.

Do you want help with your taxes?

Schedule a Call with our CA today!